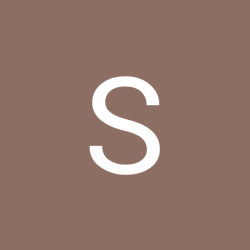 Aiming to become smart cities to deal with the growing population, hyper-urbanization, and globalization, while also ensuring environmental and economic stability, towns are now working on becoming smarter. A Smart city is a term for enhancing and building upon the city's infrastructure with modern technologies and networked data sensors. This also covers the control and administration of the assets and services associated with public assets, transportation systems, the population, electrical power, water, and information systems.

Cities have historically tried to provide their citizens with improved living conditions, greater safety, and economic prosperity. In recent times, people have come to expect an extensive range of services from their city, such as free or reduced-cost transportation, clean air, consumption of utilities that is considered responsible, direct contact with city administrators, transparent governance, good health, and a sound educational system, and to have significant resources devoted to the humanities. The smart city is made up of IoT devices, which are the building elements. Smart cities are becoming a reality. By 2025, it is expected that more than 80 cities around the world will be smart.

Now that we're at the turn of the Internet of Things (IoT), let's look at the numerous elements of the smart city and how each will affect the IoT age:

Smart connected roadways, smart parking, smart lighting, and other transportation advancements can all be found in the global economy for smart urban infrastructure in smart cities.

For high-risk or risky locations, both sensors (camera systems, street lamps) and actuators can be utilized for real-time monitoring. When a crime or accident is detected, these sensors can send out a notice to the public, advising them to avoid the affected area for a while.

When a fire occurs, smart fire sensors can monitor it and automatically take appropriate actions based on the complexity of the problem. For example, they can detect false alarms and notify firefighters and ambulance personnel, block off nearby streets and buildings to assist people in escape, and coordinate rescue drones and robots.

Smart water management is made possible by the IoT and connected devices in the following ways:

Potable Water Monitoring: This program monitors the quality of tap water in urban areas, such as cities.

Chemical Leakage: This tool detects leaks and trash from factories that end up in waterways.

Pool Remote Measurement: This feature allows you to control the pool conditions from a distance.

It regulates the occurrence of leaks and trash in the water. Water Pollution Levels in the Sea:

Water Outflows: This sensor detects the presence of liquid outside tanks as well as pressure fluctuations along pipes.

River Floods: This function keeps track of changes in water levels in rivers, dams, and reservoirs.

How Smart Cities Are Prone to Cyber Attacks

It is possible that attempting to define Smart City in detail here will prove to be a pointless effort. To make a city smart, the human component, the digital component, and the physical component must all work together in such a way that the result is successful service delivery, which in turn raises the overall standard of living for all of its people. Even with the benefit of hindsight, such a huge ecosystem will certainly encounter its own set of difficulties.

If the appropriate set of mitigating controls and procedures are not implemented and internalized, the massive volume of data that is collected, processed, transported, and stored in the ecosystem has the potential to cause major security and privacy concerns. Besides that, there are additional such attacks that might interrupt or compromise various areas of the city's operations. Since the cyberattack is suspected to have destroyed years of government authorities’ evidence, the evidence is no longer available.

While many Smart Cities across the globe have been attacked in the past, it is not because they fail to respond to vicious cyber-attacks. One of the smart cities was hit by an attack where attackers encrypted files and locked out the smart city network, entirely cutting the workers off from the network. A big issue is that sensors used in smart cities are insecure and not sufficiently verified.

The sensors are susceptible to cyberattacks since IoT devices have not been standardized. Some people are famous for being able to hack sensors and inject false data, which results in signal malfunctions, system closures, and so on.

Development and advancement are not achievable in an IoT-based smart city architecture unless there is trust among the people. There are no exceptions when it comes to the protection of each device, sensor, and solution; it must be taken into account from the beginning. Cities can reduce their cybersecurity risks by implementing several safeguards and obtaining the appropriate level of assistance. There are two options for accomplishing this.

The first method entails engaging the services of a third-party security organization to attempt to enter and identify vulnerabilities in a network. This type of security research is wonderful, but it is preferable to build an infrastructure that is impenetrable from the start. Third-party firms will essentially simulate attacks and attempt to exploit any holes that may exist. A security firm will describe any flaws that were discovered following an attack and make practical recommendations for protection against further attacks.

Cities can take the second security action they can to make sure that their linked infrastructure is protected from hackers, even though they manage to gain access to it. It is recommended that the following components be incorporated into a city's cybersecurity program regularly to keep smart cities safe:

For security monitoring to be effective, a specialized crew must be assembled that can keep a watch on traffic and look for irregularities. This can be automated through the use of security software that can analyze large amounts of data and look for signs of compromise. Once the potential danger areas have been identified, they may be controlled, blocking any data breaches.

The information must be encrypted

A smart city will only be as smart as the people who are in charge of it. This brings us to the conclusion that defending the smart systems of a city means protecting yourself. When it comes to smart city implementation, the Internet of Things (IoT) and other networking devices are the main solutions. All IoT devices should be subjected to IoT Security compliance assaying as a safety precaution.

What Is Triple Extortion Ransomware and How to Prevent It
Jan 26, 2022

An Insight into Intuitive Computing and Why it is Important for Companies in Future
Jan 25, 2022

Intel May Be Working on a Chip Specializing in Bitcoin Mining
Jan 25, 2022