From the previous decades up to the early 2000s, international development was to be propelled by microloans. The objective was to lend small loans to individuals in developing countries to assist them in developing and also expanding their small businesses hence kicking poverty out of their families. Profits from the returned loans would then be used to lend to more individuals aiming at a very large number of families to do away with poverty.

Many microfinance lending organizations began at those times. Very many organizations started to offer loans as potential donors and investors supplied funds to microcredit. By the end of 2013, there was a rise in the number of borrowers to more than 200 million. Accion US Network is an example of one such institution in the US. It is the largest nonprofit microfinance network in the US and works with people to help them grow their business.

Microcredit is an extension of small loans to poor individuals who lack steady, verifiable, or collateral employment or credit history. In the US, it is generally for loans less than $50,000 to entrepreneurs who cannot borrow from a bank.

It was designed to alleviate poverty by promoting entrepreneurship. Many of the beneficiaries of microcredits are illiterate individuals who lack the capacity and paper competence needed in the application of conventional loans.

Microfinance is deemed to be part of microfinance, although many times they are used interchangeably. It provides a variety of financial services, such as savings accounts for poor individuals.

In 2009, an estimated 75 million individuals benefited from microloans that totaled to around US$38 billion. The repayment success rate ranges between 95%-98%, according to the Grameen Bank in Bangladesh in the early 1980s. A study found that more than half of US loan recipients escaped poverty in 5 years.

Here are some of the successful most influential and largest microfinance institutions today:

Kiva is a non-profit microfinance institution operating in the U.S and other 85+ global countries. It is headquartered in San Francisco and was founded in 2005. It uses crowd-funding mechanisms and peer-to-peer methods of lending.

It allows persons to directly lend to borrowers in other nations who don’t have access to the traditional financing sources. Financing for health services, education, and small businesses are interest-free. Kiva has extended over $1.5 billion microloans to more than 3 billion borrowers in 2020. This platform has around 2 million borrowers and about 1.8 million lenders.

Grameen Bank is considered to be the origin of the modern microcredit then other banks introduced it despite the initial misgivings. The year 2005 was declared the International year of microcredit by the United Nations. By 2012, microcredit became very common in developing nations. It was presented as an enormous tool of poverty alleviation with a focus on feminization poverty.

The bank utilized a form of peer group pressure that helped in ensuring every individual was fiscally responsible. The borrowers were supposed to be groups of fives with the other community members who also needed loans.

The groups capitalized on ideas of social capital and the notion that the communities have behavioral modes, networks, and links that would encourage individuals to repay their loans.

Generally, the loans were sequentially issued and had a weekly or biweekly repayment period with very low rates as possible. In 2006, Grameen Bank and Muhammad Yunus, the founder, were awarded the Nobel Peace Prize for pioneering in that microcredit work.

Currently, there are more than 7000 microcredit institutions globally lend around $2.7 billion to borrowers more than 17 million.

It is another Microfinance Institution founded in Bangladesh in 1972. The institution offers a variety of services in different niches including education, human rights, economic development, and health.

Micro savings services, housing assistance, grants, and small business loans are some of the services provided. Brac is known to operate in many developing nations, from Haiti, Myanmar to the Philippines. It has more than 7 million borrowers, and in 2020 its gross portfolio profit has hit over $4 billion.

Accion is an American nonprofit microfinance organization headquartered in New York. It is the largest and only national microfinance network in the US. Its mission is to give people the necessary financial tools they need to create or grow a successful business. It has made nearly 50,000 loans totaling over $450 million as of January 2014. It also lends over $3.7 million to small businesses a month. 97% of businesses remained open one year after receiving a loan from Accion despite challenging economic times.

This is the oldest Indonesian Bank founded in Jakarta in 1896. It is established to be one of the largest financial institutions in Indonesia, primarily operating in small-scale and as a microloans lender. This bank is majorly owned by the government and has over 30 million clients doing business with the bank through its rural services posts and thousands of branches across South East Asia.

Microfinance faces operational, strategic, compliance, and operational risks, just like any other industry. There’re risks such as over-indebtedness according to the nature of the markets in which these micro-finance institutions operate that are very inherent and more prevalent to microfinance.

Despite the way microfinance is excessively hyped, it does not provide a cure to poverty, but stable job opportunities do. In the journey to help the poor, the focus should not be investing in microfinance but supporting the labor-intensive large industries.

Another study in India about the limitation of entrepreneurship by credit constraints found that there are significant benefits among the “gung-ho entrepreneurs” (individuals who established businesses before microfinance wave). The effects are unsatisfying to those who had no previous businesses (reluctant entrepreneurs).

Model technology choices can generate dynamics matching the ones observed in the data in which the reluctant entrepreneurs only access a diminishing returns technology. In contrast, the gung-ho entrepreneurs can access to high fixed costs technology but with high returns.

The chief executive of Basix, Vijay Mahajan, observed that microloans reduce the flow of cash to the poor, and even they do more harm than good due to the high-interest rates charged by some microcredit institutions. If the clients don’t earn higher returns on their investments than the set interests to be paid, then they will just become poor, not wealthier due to microcredit.

Failure of Microcredit in South Africa

The international development community rushed to South Africa immediately after the end of the apartheid in 1994 to promote the microfinance model. They proclaimed that it would bring new dignity, incomes, jobs, and empowerment to the impoverished South Africans with high expectations of rapid progress.

The result of this market-driven microcredit introduced to post-apartheid South Africa was destructive. It has caused severe damage to the South African society and the economy at large despite being lauded too much.

Many investors have left that bloated microfinance sector as it is about to collapse, as argued by many users. The problems induced in the microcredit sector in South Africa were of two forms:

First, it is an anti-developmental intervention, meaning that it supports the small scale income generating ideas, but in practice, it supports consumption spending. Its impact on South Africa is that it created a costly and risky way in support of the immediate consumption needs of the poor. There are very few poor people who can repay the microloans using their secure income streams, resulting in very high unemployment rates than it was before the apartheid period.

The other major problem with the South African microcredit is the aspect of extensive commercialization. It was introduced in the microcredit sector globally to boost its financial sustainability. It’s estimated that about 40% of the workforce in South Africa is spent on debt repayments.

The impoverished South Africans are now trapped in micro debts of unimaginable proportions. The individuals now realize that the objective of these private microfinance institutions wasn’t to help them uplift their lives out of poverty but to reap as much value from them within a short period before getting lost to other business fields.

The South African microcredit models and supports have been discredited widely just like their counterparts in other parts of the world. It will be a very difficult task to alleviate the poor from the microcredit sector owing that the country even with the post-apartheid government, has official sanctions of exploiting the most bankrupt black communities.

There is No One Size Fits All Solution

In the microfinance sector, there is no one size fits all approaches in the promotion of poverty reduction, empowerment, and development. Practitioners of microfinance need to develop structured approaches on how their target beneficiaries may utilize the services designed to the demographic of the society.

A creative approach should be adopted that meets the financial service needs of the low-income community segments and the poor. Policies that provide the freedom to set payment conditions and terms for various borrowers are more beneficial to income-generating activities and businesses.

The borrowers may be more financially empowered and disciplined by tailor fitting the repayment schemes to specific situations. It also reduces the risks of a borrower defaulting on their loan.

Communities and practitioners should possess the virtue of saying no, particularly on conditions and terms that will negatively affect a person's ability to repay their loan, whether long or short-term.

Erase the misunderstanding, learn the trade! According to Youngquist, a world vision official, addressing the misconceptions in such a manner that microfinance is perceived as an integrated social-developmental tool as it's supposed to be is a very good starting step. Microfinance implementation isn’t for all. The best avenue for success and real opportunities are offered by the development practitioners who have partnered with established microfinance service providers.

Microcredit isn’t’ a cure-all and a panacea intervention. Money alone can’t solve all the problems within a household or the community at large. 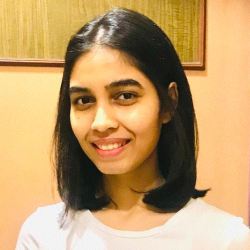 Education Technology Innovations and Their Role in the COVID World
Apr 14, 2021
Aishvarya Karthikeyan

Everything You Need to Know About Deep Fake Technology
Apr 12, 2021