If you belong to the group of uninitiated who have been left scratching their heads on the latest cryptocurrency phenomenon, then this space is for you. Here is a complete 101 rundown of everything you need to know about this new trend in intellectual ownership.

Lately, everyone seems to have a question on NFT's. The trend seems to have come out of the ether and rocketed to stardom.  After the 254-year-old auction house, Christie's recently sold Beeple's NFT artwork 'Everydays – The First 1000 Days' for an eyewatering $69.3 million, the NFT marketplace has become hotter than a boiling kettle.

Here is the thing, though – unlike the 'Mona Lisa', Beeple's artwork won't be sitting on a collector's physical wall somewhere. It is a 'jpg' file, of course. There is also nothing stopping someone from right-clicking and saving the file to their desktop countless times.

It's usually somewhere after this revelation that curiosity turns to a head-scratching, eyebrow-raising 'Huh!' of a moment.

But there is certainly some substance to the basic idea, one that goes beyond CyberKitties and wacky Digi-art (don't worry, it's all explained). Here is everything about NFT's and why some of the worlds leading crypto-enthusiasts are hoping to take it mainstream.

What is Fungible and Non-Fungible Mean?

However, if something is non-fungible, this is impossible - it means it has unique properties, so it cannot be interchanged with something else. It could be a house, the chair you sit on or even the infamous painting of the Mona Lisa, which, as we all know, is one of a kind. You could buy a print of the portrait or even download it innumerable times; however, there is only one original Mona Lisa.

So, what are Non-Fungible Tokens (NFT)?

Non-fungible tokens (or NFTs) are unique blockchain-based tokens; in other words, they are essentially a certificate of authenticity. They can be used to represent the genuineness and the ownership of almost anything, including physical assets. Most tokens are stored on Etherums blockchains, but some other blockchains like TRON, Tezos and NEO also support NFTs.

By storing it on the blockchain, artists, celebrities and collectors, establish ownership on a publicly held encrypted ledger secured by blockchain's powerful crypto technology which is a proven ownership and authentication enabler. The NFT is coded to contain specific data relating to its creation, transaction history, and associated timestamps.

Bear in mind, though, that the same asset can be associated with several NFT's, but they are still "non-fungible," which means they are unique and cannot be interchanged.

How do NFTs Work?

Since NFT's are used to embody ownership of items, they let us tokenise things like art, collectables, real estate and most recently, diamonds. They can only have one official owner at a time, and they're secured by the blockchain – no one can modify the record of ownership or copy/paste a new NFT into existence.

With the increasing expansion of our digital presence, video games, digital artwork, logos, photos, music, and a lot more has gone electronic over the internet. Data, including spreadsheets, counts as one such asset. As with all digital assets – we have to navigate through the legal right to use that resource.

Enter the idea of NFT – Complement digital assets with the security of cryptocurrency. In essence, a buyer of an NFT gets a digital asset, with proof of authenticity, hacker-proof encryption, plus legal rights over its use, in one transaction.

NFT's have essentially become a much-needed gateway, for artists and collectors,  to a democratised market for owning, selling, and buying rare assets. For investors, and crypto-enthusiasts its become another way to cash in on the digital currency boom.

Where did NFT's come from?

NFT's have been around for a few years. In late 2017 CryptoKitties, became the first project to take NFT's mainstream. It essentially allowed people to buy, sell and breed digital cats.  From there, NFT's went through multiple iterations in gaming like Kitty Race and Hot Potatoes.

Sometime in late 2018-2019, with a decline or perhaps saturation of the interest in the games, NFT's went through another build cycle. NonFungible.com started a tracking platform for NFT markets and actively monitored the trend and their "blue book" - a reference book of value of NFT assets. The website also helped buyers determine whether there was adequate liquidity for the items they were interested in.  This helped in the creation of a new asset class – Non-Fungibles.

Around this time, the art world took notice, and digital art happened to be the right fit for this new market. The launch of NFT minting platforms made the market a lot more accessible. By 2020, feature-rich platforms like Rarible and Opensea, allowed anyone to mint NFT's at a fraction of a cost. Off late, OpenSea removed the need to pay 'gas cost' to mint them, making NFT creation free for anyone with the right tools.

So, NFT's are all about digital art?

Not really. NFT's can be used to tokenise any digital object that represents both tangible and intangible items, including -

Tweets count, too - Twitter co-founder Jack Dorsey sold his first-ever tweet as an NFT for more than $2.9 million. So do Diamonds!

A Dubai-based company 'Icecap LLC.' recently launched their tokenised "Icecap Collectibles", a collection of NFT based high-end natural and rare coloured diamonds. Icecap's diamond tokens are traded on the world's largest NFT exchange, OpenSea.io.  A buyer can hold the token as an investment, sell the token to liquidate, or redeem the token and take delivery of the physical diamond itself—which can later be re-tokenised if desired.

How do I create an NFT?

If you decide to go ahead and create your very own digital art/video to auction, then here's what you need to do.

1.       Select the blockchain that will host the token for your digital asset. As mentioned previously, apart from Ethereum, options include Binance Smart Chain, Tron, Tezos, Polkadot and a few more. Ethereum, by far, is the most popular. Do note that once you mint (create) your NFT on any of the blockchains listed above, it is most likely impossible to transfer them or sell them on other blockchains. Hence, take the time to research the pros and cons of each blockchain's NFT ecosystem.

2.       Once you decide to go with a blockchain,  you will need a wallet that supports NFTs, and an account on that cryptocurrency-focused NFT marketplace. Some examples of wallets that are compatible with Ethereum, for instance, are Metamask, Trust Wallet, and Coinbase.

3.       Go to one of the marketplaces that support your chosen blockchain – Opensea.io or Rarible (for Ethereum), and follow the creative prompts. Once you upload your file, click the "Mint NFT" button. Sign your NFT: Your wallet will prompt you to "Sign" the transaction. In the same way that a painter signs a canvas to confirm its authenticity, you can do the same with your wallet.

If you're keen to start your own NFT collection, you'll need to acquire some essential items:

1. First, you'll need to get a digital wallet that allows you to store NFTs and cryptocurrencies. You will obviously need to convert your dollars to a cryptocurrency, depending on what currencies your NFT provider accepts. You can buy crypto using a credit card on platforms like Coinbase, Kraken, eToro and even PayPal and Robinhood. You'll then be able to move it from the exchange to your wallet of choice.

2. Once you have your wallet set up and funded, there's no shortage of NFT sites to shop. Currently, the largest NFT marketplaces are - OpenSea.io, Rarible, and Foundation. In marketplaces like 'Foundation', artists must receive "upvotes" to get featured or invite fellow creators to post their art. This makes the community a bit more exclusive.

3. The next step is all about opening your wallet (digitally, of course) and spending on what you like*.

How do I transfer a NFT?

Much like sending Bitcoin or any cryptocurrency, transferring ownership of an NFT requires a blockchain transaction that can be authorised only by the NFT owner's private key. Moving across blockchains is still tricky, so the transaction will have to remain in the original blockchain.

Where to from here?

As the NFT trend picks up steam, it's also drawing in curious new buyers and traditional artists who might otherwise have stayed away. Sotheby's recently announced its second curated auction of NFT's. Christie's became the first auction house to have sold a purely digital NFT (it did sell a token and a physical painting before that). And a lot of millennials are making this their sole source of income.

However, the entire idea of NFT is built on the premise of rarity and bragging rights. As an investment course, the product you own is worth eventually only as much as its demand.

At the same time, concerns over environmental impacts, mining and trading cryptocurrencies are taking centre stage. Furthermore, the market of NFT's is directly linked to the popularity of crypto, which has torpedoed to new heights in the last few months. Any pullback in that market could have a spillover effect. Whether all this affects the popularity of NFT, only time will tell.

The question then remains - Are NFTs a passing fad?

Who knows! But even with no crystal ball in hand, this is for sure – NFT's have opened a very significant gateway in the creative world by helping artists sell their work directly to people who want and appreciate them.

That trend is certainly here to stay.

* Caveat Emptor - Since NFT's are still relatively new, the marketplace is a bit unregulated, and it may be wise to research thoroughly and give due consideration before investing. 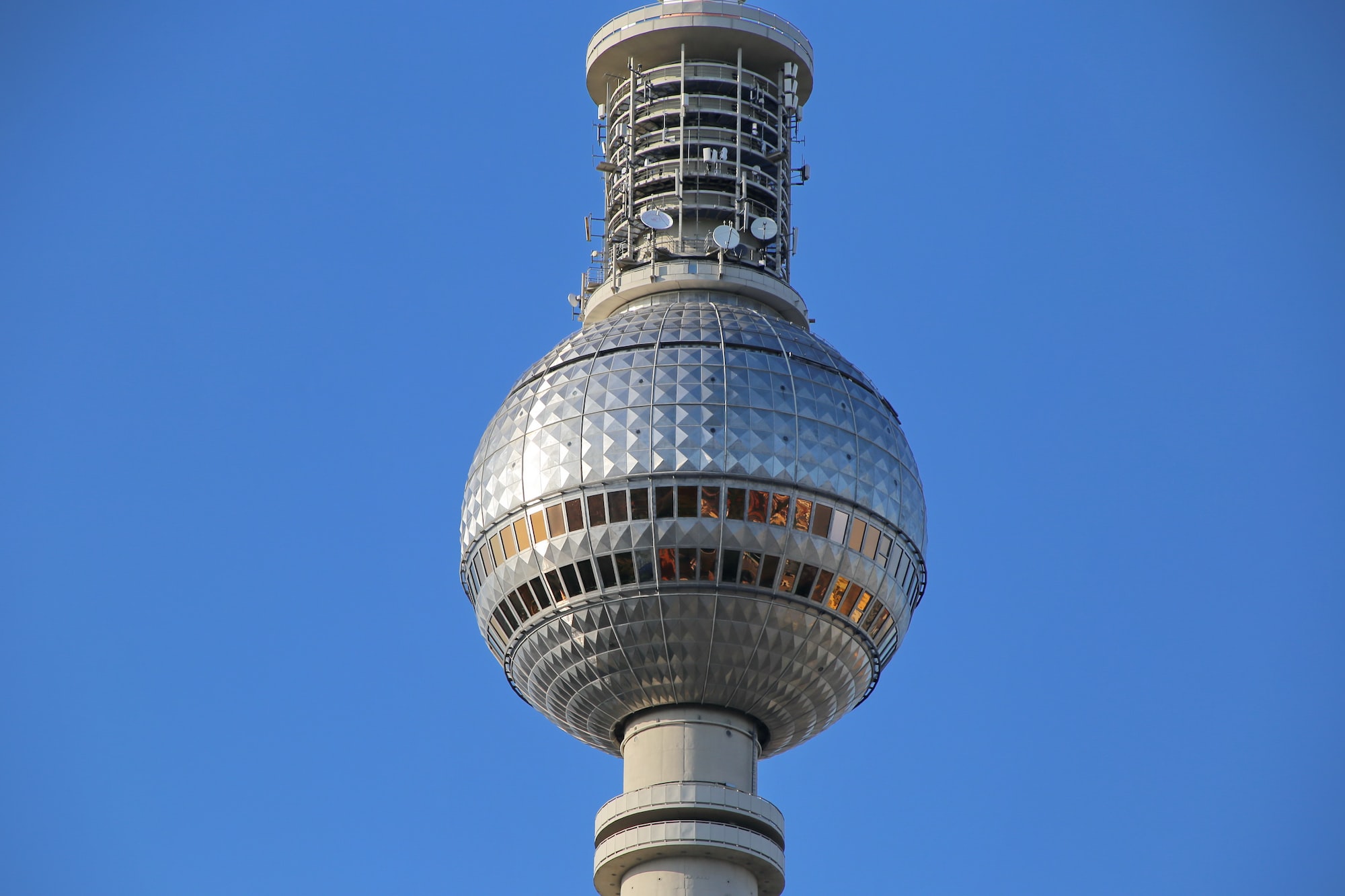